Equipping the Saints. Reaching the Lost.

“And He gave some to be apostles, some prophets, some evangelists, some pastors and teachers, to equip the saints for the work of ministry, for the building up of the body of Christ.”

THIS IS OUR STORY

Come As You Are

The church’s roots go as far back as 1825, when the first settlers came. Land was sold for $1.25 per acre. Nine people met in a home a short distance east of the present building and the pastors who served this fledgling group made great sacrifices for the cause of Christ, often traveling many miles from different parts of the state. The first camp meetings were held in 1838. In 1853, men of the congregation began construction of a building at this present location. Services were held in 1854.

For several years the building was shared by both the Presbyterian and Baptist congregations. In 1855 the first Sunday School was organized. In 1876 at a cost of $600, a parsonage was built west of the church at the corner. In 1884, the church changed its name from “Bersheba” to “Argyle.” For 20 years, the pastor led the congregation in revival where many came to Christ.

In 1885, the present “old sanctuary” was built at a cost of $1500. In 1937, work began on the digging of a church basement in the “old building.” In 1956, the church purchased the Argyle School at an auction and remodeled it into a parsonage. In 1963, the church faced increased difficulty in securing pastors. So, the board began exploring ways to keep Argyle’s door open.

With the aid of a former pastor, Ernest Louderman, a meeting of the congregation was called, and the members voted to dissolve their affiliation with the Monmouth Presbytery and reorganize an independent body, named the Argyle Bible Church. In 1964 the charter was closed, and a new constitution drafted. The new church made its affiliation with the I.F.C.A. (Independent Fundamental Churches of America).

The first and founding pastor of Argyle Bible Church was the Rev. Ernest Louderman, who came to carry on the work by faith without any designated salary. Because of rapid growth, it became necessary for the church to expand facilities. The new addition was added to the west side of the church with students from the Western Illinois University Industrial Arts Department designing the addition.

Using materials from an old barn donated by Mrs. Hazel Zimmerman and an old house given by Clarence and Don Kleinkopf, members began construction of the addition in August 1968.

Again in 1981 the need for expansion arose and a second addition was built adding an additional 50 seats to the sanctuary. The church celebrated its 25th anniversary as Argyle Bible Church in 1987. As the course of events goes, the Lord led a neighbor to give the church the connecting seven acres of land west of the property. In 1995, extensive plans were developed to expand the church facility. Groundbreaking for the expansion took place Sunday, September 8, 1996 and the new sanctuary was dedicated on Sunday, Oct. 10, 1997.

Argyle Bible Church is the only remaining church still operating in Hire Township, due in part to the faithfulness of its members and its pastors who remained true to the teachings of the Word of God, preaching the same Gospel of Jesus Christ as it did back in 1834 when pioneers to the area had a vision for the Gospel in their midst.
For over 160 years, the doors of this church (Cumberland Bersheba Presbyterian Church, Argyle Presbyterian Church, and now Argyle Bible Church) have remained open each Sunday shining forth as a beacon of righteousness in the surrounding community of West Central Illinois.

“And He gave some to be apostles, some prophets, some evangelists, some pastors and teachers, to equip the saints for the work of ministry, for the building up of the body of Christ.” -Ephesians 4:11-12

Pastor Sam has served in churches throughout the Midwest for over three decades. He met his wife, Ruth, at Trinity College in Deerfield, Illinois, where his future father-in-law was a professor both at the college and seminary. Four of their five children were born in Wisconsin and over the course of his ministry has served two churches in each of the following states: Wisconsin, Michigan, and now Illinois. 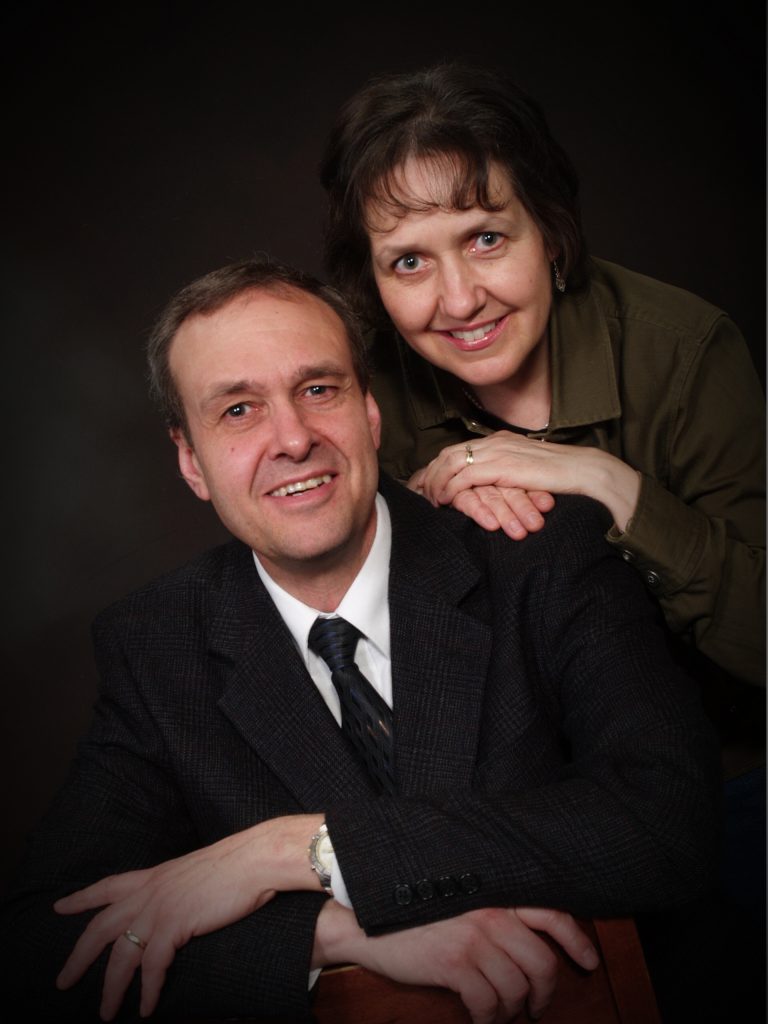 Pastor Sam has a strong commitment to the Word of God and to seeing people grow. His passion is to use his experience and love for people to preach and teach the Word of God, to nurture believers to maturity, to counsel the needy, and to evangelize the lost. He whole heartily embraces Argyle Bible Church’s vision of “equipping the saints and reaching the lost.”

Pastor Sam feels blessed to have been raised in a family where the parents were godly leaders. His father and grandfather were both pastors. His wife’s father was also a pastor. At an early age Pastor Sam accepted Christ as his Savior. His passion for the Word of God started at that time and has driven him to higher education, to learn biblical languages, to deal with the realities of the Bible’s truths such as the battles against the flesh and the powers of darkness, to walk where Jesus walked in the land of Israel, and to share the Bible’s truths both inside and outside the church.

Pastor Sam grew up in the mountains of Colorado and enjoyed the refreshment of creation while working on a ranch as a teenager. But as much as he savored the experience, it does not compare to serving in the Lord’s ministry.

He writes: “I can’t begin to express the wonders I’ve witnessed in a body of believers living by faith, including the simple act of parents dedicating their child to the Lord, a new convert accepting the Lord, and a congregation praying for and initiating the construction of a new church building.

God gives us what we need in all things. Today I feel the same awe and joy in God’s Word and in His ministry as I did while in seminary and in my first church.” Pastor Sam Kostreva may be reached by calling the church at (309) 776-3073.

As a means of fulfilling our vision, Argyle Bible Church is committed to developing fully devoted followers of Jesus Christ through:

We are a spiritual family that is dedicated to following Jesus and releasing His Kingdom on the earth.

As we strive to fulfill God’s mission for the church, we are committed to biblical obedience through the following:

Every church has its own identity.

Our Core Values are a reflection of the driving philosophy, working ideology and focused theology by which we operate. By reading these values you will better understand what makes us tick.

As a means of fulfilling our vision, Argyle Bible Church is committed to developing fully devoted followers of Jesus Christ.

Read What We Believe >

Come worship with us